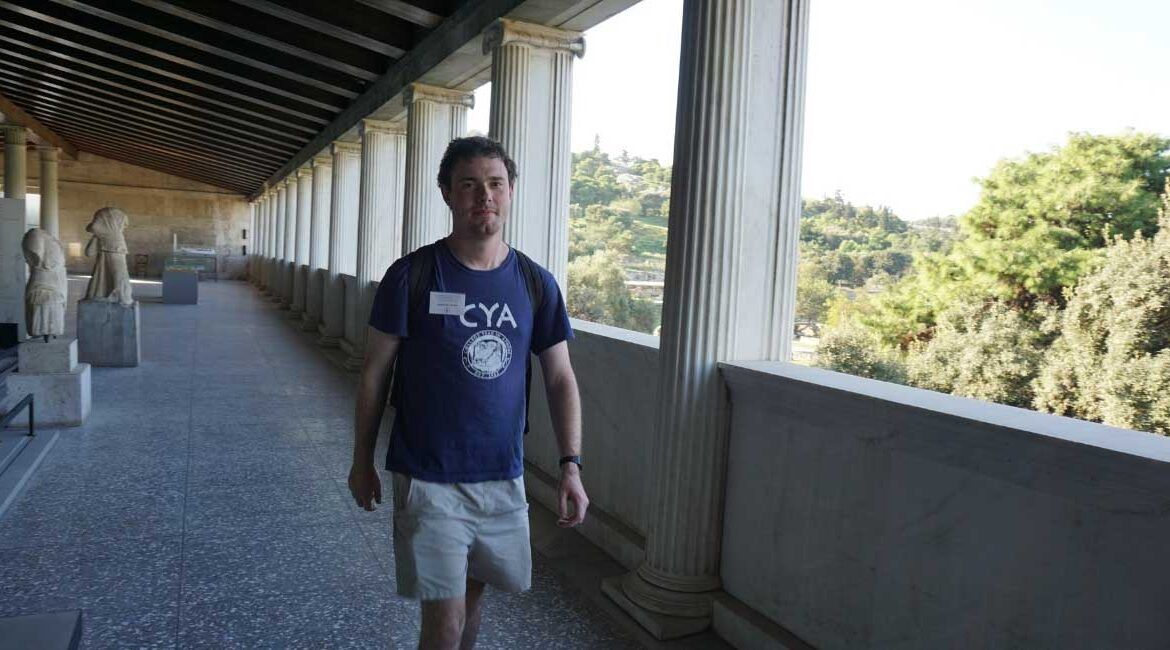 It doesn’t get more hands-on than this: Volunteering at the Ancient Agora of Athens.

For anyone interested in Classics, Athens is a gold mine of opportunities for exposure to antiquity. Here, one can get a real sense of classical Greece and observe its monuments up close. Some students, however, choose to do a little more than just observing.

Throughout last semester, CYA student Matthew Sickinger spent Tuesday and Thursday mornings doing volunteer work at the Athens Agora, located beneath the northwest slope of the Acropolis. [The “Agora” in ancient Greek cities was a public space that acted as the central meeting point for all athletic, artistic, spiritual, and political life in the city.] This is an one-of-a-kind opportunity that Nadia Meliniotis, our Executive Director of Student Affairs, has managed to secure for him.

On one of his volunteering days, we joined Matthew on his walk from CYA to the Agora to chat about the experience. He first told us: “The funny thing is, out of coincidence, I got two acceptances on the same day! I woke up with two emails, one saying I got accepted to study at CYA, and the other to volunteer at the Agora!” 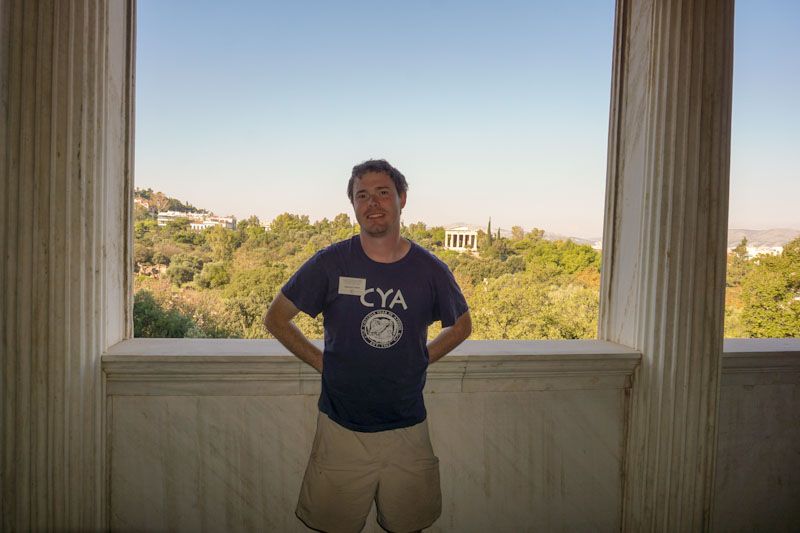 Matthew is a double major in Classics and Economics at Davidson College, NC. At CYA, he takes Classics, but also an Economics class. We asked him what it’s like to study Classics in Greece: “It’s definitely more hands-on,” he told us. “I enjoy it at home but it’s reading out of a textbook. Here we go on site in class and on field trips; it makes it a lot more fun! It makes it a lot easier to figure out my final papers and much more interesting. Plus at the Agora I’m able to handle some artifacts myself.”

So what does Matt actually do at the Agora? “I work on organizing in the store rooms, mostly archiving work, so I can look at the stuff and actually touch it myself, and that’s really cool. Right now they are working on saving space because there are so many artifacts. Even after everything has been excavated, there is so much material to go through.”
Matt spoke highly of both his supervisors, Sylvie Dumont (Registrar) and John McK. Camp (director of the Agora excavation). We asked him how much supervision he receives in his work, and he told us: “Overall what I do is fairly independent; they give me a project and they trust me to do it mostly on my own, which is actually really nice.” 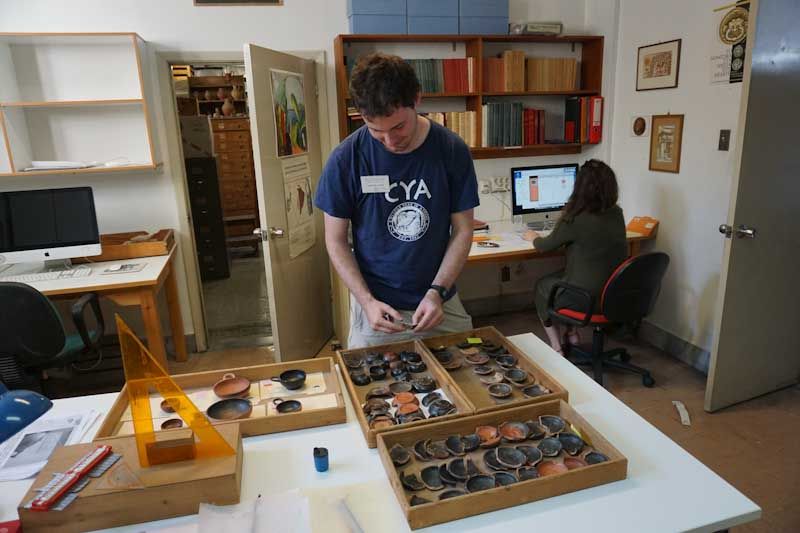 To get to the Agora, Matt walks through Plaka, a neighborhood usually bursting with tourists. At this time in the morning, however, it was eerily quiet and Matt told us: “I always find it interesting how different it is when I’m walking there in the morning and then going back!”

Just before the entrance of the Agora, Matt took us a few steps further to show us the site where he excavated this summer before starting his studies at CYA. Here we saw a juxtaposition of ancient marble and stone and Matt explained: “It’s a Byzantine building built on top of classical. This was common practice at the time. You can kind of see the steps of the classical building.”
Entering the beautiful site of the Agora, quiet and filled with trees, the Acropolis of Athens beaming with light above us, one last question came to mind:
“Do you think you’ll miss it?”
“I think definitely, yes.”

Watch this video to find out more about excavations at the Athenian Agora.