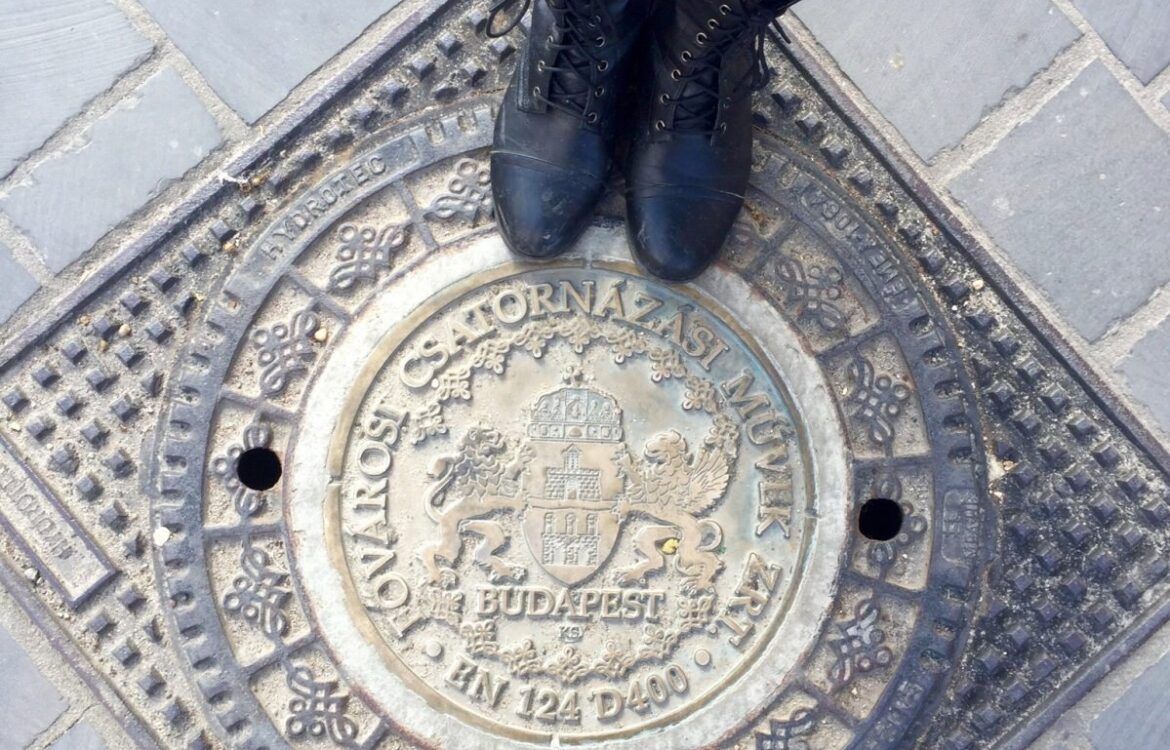 Opa” best translates to “oops” in English, which definitely describes my latest adventure

This story is a bit longer than my normal posts, but I think it’s funny and describes one of my favorite trips, ever. So last week, all CYA students were exempt from classes due to a Forum that took place on campus. Naturally, many of us made plans to explore Europe outside of Greece.

While most students booked flights to Italy or Hungary, my roommate and I decided we were going to be different: we wanted to see the terrain by train.

After checking schedules online, we set out to catch a train from Athens to Thessaloniki (northern Greece), where we would have dinner, then hop on another train (overnight) and wake up for breakfast in Belgrade, Serbia. From Belgrade, it was only a few more hours on the rail system to our destination of Budapest!

As most unexpected stories begin, the first leg of our trip went swimmingly. We arrived early for the train, had time for breakfast, and even purchased our tickets with the “young people’s” discount – perks of being under 25 in Greece! It wasn’t until we arrived in Thessaloniki and the lady looked at me like I spoke gibberish (despite the slight language barrier) when I asked the international ticket office for a one-way to Belgrade:

Teller: “No, nothing goes to Belgrade. No, we do not go to Hungary either.”

Me: “Well, how close to Budapest can we get?”

Teller: “You cannot go to Budapest. You can take a train to Sofia.”

Me: “What time does it leave?”

…Well this is awkward.

The thing is, my roommate and I had to find a way to Budapest, because we already bought our plane tickets home on Sunday evening. So, we find a hostel in Thessaloniki, with a bit of confusion but nonetheless a smile because, after all, there are worse places to be stranded.

Thursday morning, we arrive back at the train station to check the next departure to Sofia, which is (of course) unavailable, and subsequently search across town until we find an international bus that travels straight from Thessaloniki to Budapest every* Thursday – YAY! *Except, by “every Thursday,” the bus company actually meant every Thursday EXCEPT the day that Katie and I were trying to go to Budapest.

After a train of emails to our Hostel in Budapest, notifying them of our reservation alterations, we purchase bus tickets to Belgrade, our originally planned second stop.

What would an international bus-ride be, however, if we didn’t almost miss its departure because our taxi driver couldn’t find the bus stop and didn’t speak English? And really, the rest of the bus ride would have been utterly boring if we had slept and hadn’t been stopped by the Serbian police for over 30 minutes after crossing the border in the middle of the night.

There we stood, in the cold – wearing leggings and light sweaters – as they scrupulously checked all areas of the bus. Eventually, we rolled into Belgrade around 7:00 Friday morning. Locating the nearest train station, we crossed the street and asked every person until we found the international ticketer how best we could get to Hungary.

“We’ll take two!” we exclaimed, in our biggest moment of eureka and ran to platform #2. The thing is, we saw very little activity on platform #2. Fun facts: the country of Serbia is one hour behind Greece. Because we hadn’t had wifi, our phones failed to update and we thought we were late. Instead, we leisurely settled near some coffee.

Finally, we climbed into our train car, to find out it had a broken heater. Thankfully, the attendants let us move to a cozier car, where we blissfully napped for the next 7 hours and excitedly awoke in Hungary.

Hungary is beautiful, chilly and a great vacation spot! It is a place with astounding architecture, and a lovely atmosphere. We partook in a pub run, tasted Hungarian beer at a rad ruin pub (Szimpla Kert), walked in front of the steps of St. Stephen’s Basilica, sipped mulled wine as we strolled down theFisherman’s Bastion, had dinner in the middle of Buda and Pest at the park on Margaret (Margitsziget) Island, awed at views from the Buda Castle, and made friends from across the world: Switzerland, Canada, Ireland, Australia, and Scotland.

Now, after our struggle in traveling to Budapest, you can’t imagine we would return home without any difficulty: cue the Grecian air strike.

Because we’d already bought our plane tickets home, we once again found ourselves stranded – but this time, we were pros. After spending a few hours in a café situated under a pond, planning our next adventure of return to Athens, we come to a decision but hold off on buying our travel tickets until the morning. Naturally, this time, the air strike is called off and we are able to use the airport just as planned.

Plans rarely work out. When we do our best to abide by our plans, they go haywire. When we abandon them, they work out perfectly. What we are tasked with, then, is discovering alternative routes and tackling the adventure.

So, what is life? Life is sitting on the banks of the Danube River, eating a dinner of bread, cheese and cheap wine. It’s embracing the hiccups of life with a dear friend and a smile. It’s laughing out loud at every moment possible and taking adversity in stride. It’s listening to George Ezra and John Mayer in the park, then getting caught in the rain. It’s plans that literally get derailed, but choosing to make the most of such opportunities that present crazy situations. It’s singing outside of your hostel at 3am with newly made friends. It’s ordering the local coffee and running up the hill of the Buda Castle – simply because stairs are boring.

So take a train, a bus, and a plane. Grab a map and go. Learn firsthand of the amazing moments, created by complexities that may seem cumbersome in the moment, but later join together to create other, more momentous moments than originally imagined. Hop off track, deepen your appreciation of the world, of ourselves, and of the life God has blessed us with. 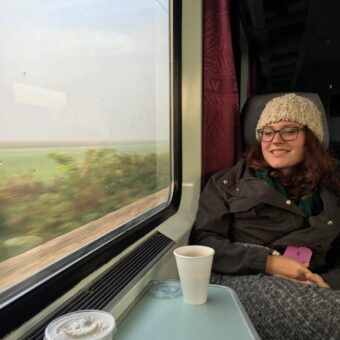 on the epic train ride 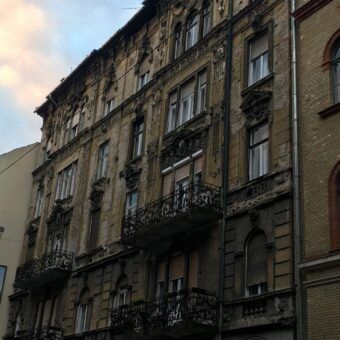 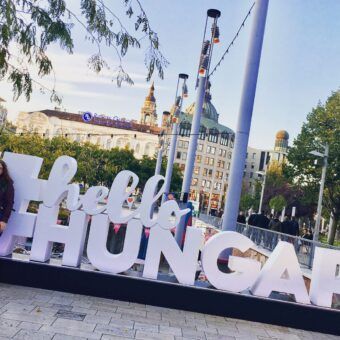 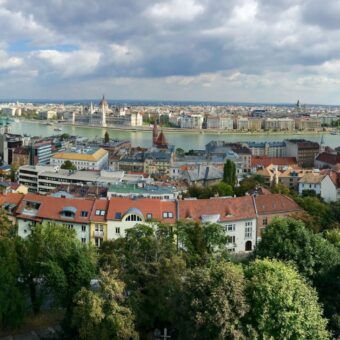 a view of the city