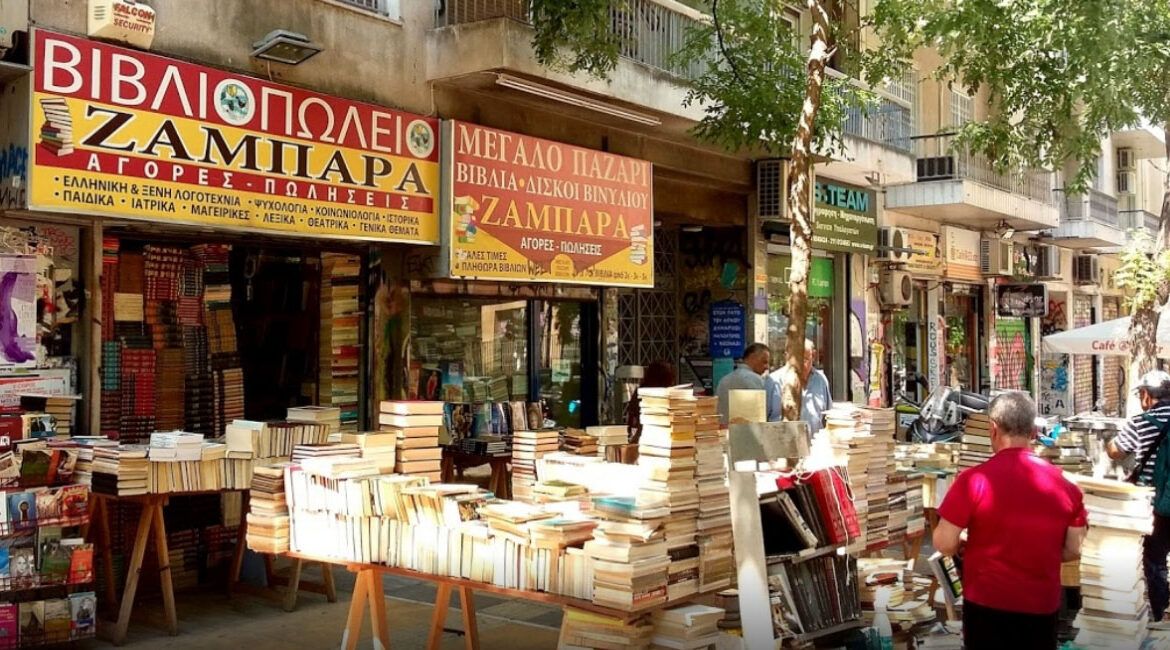 What spending an afternoon with a local Athenian taught me…

There is a cat that tries to sneak into the front entrance of my apartment every time I come home. I end my days late at night so I never notice this black mass scurry past me, following the light, warm glow inside my Athens apartment. I long to be like this cat because he can simply jump over fences and roam streets indefinitely, glorying in a freedom that I also desire to experience.

Of course, sometimes it is easier to spend time with the people you have been selected to room with. This is fine and my roommates are lovely, but I have recently been craving interactions with Athenians beyond simple “hellos” and “goodbyes” at supermarkets.

So, this weekend I decided to go to a coffee shop with a local Athenian I had befriended a few days before. We agreed to first meet in a Parisian-style café in Pangrati, books in hand, ready to discuss our favorite literature. We also spoke about our families, the lamentable state of the humanities, and why Greece’s Olympic baseball team might have played a role in the country’s economic crisis (a joke, of course).

What then followed was a quiet adventure through the neighborhood of Exarcheia, window shopping our way along store fronts filled with overflowing stacks of books.

We then took the metro to the neighborhood of Exarcheia. I told my friend that I usually just walk to places because I am still unfamiliar with the Athens’ underground train system. He told me not to worry and to just follow him. All along this station’s passageways, there are mini galleries displaying the ancient ruins uncovered while it was being built. Like an over-enthused puppy, I wanted to stop at every glass window, but my friend told me that I should not idolize ancient Greece too much since: “The people you see in Greece now…well, they had nothing to do with this. We haven’t done anything in millenia…”

“This isn’t true,” I told him, “just look at Exarcheia. It looks like revolutions happen here…!”

He scoffed and continued out of the station to one of the many book stores in the area. We ended up on the bottom floor of one store, trying to find Greek translations of novels I cherish and most of which he also knew. However, to my surprise, he has never read the Odyssey, Antigone, Lysistrata… I had expected my friend to fit my checklist of what a ‘typical’ Greek should be like. But what he had said about idolizing Greece now made sense; while immersing yourself in ancient Greek culture, it is necessary to understand the country’s history, and we should also try to free ourselves from a history that is distant from our lives now.

While my friend acknowledges Greece’s contributions to civilization, he realizes how much-vaunted history can lead to passivity. He wants to direct films, move to Germany, resist the ultra-nationalists… and none of this will happen if he clings to nostalgia for a far distant past. I too do not want to idolize a history I never knew. I want to understand Greece as it stands now … and to roam the streets with feline friends…