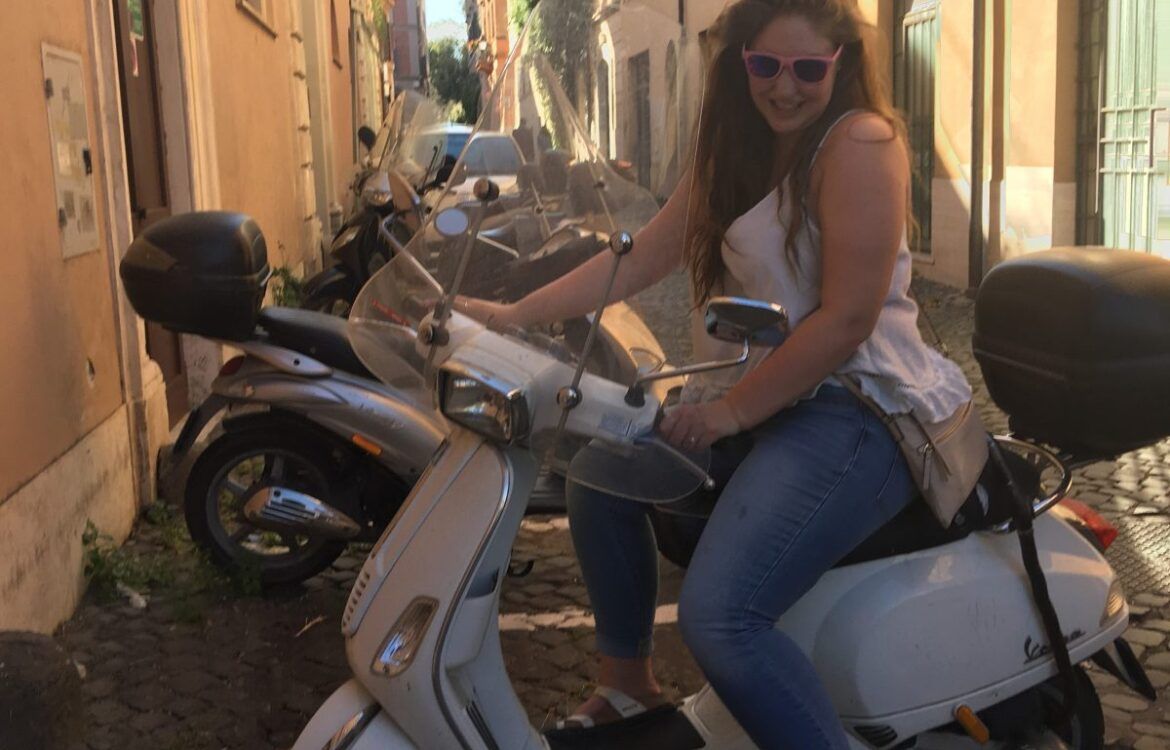 When in Rome, do as the Romans do.

Rome has always been on my bucket list, so as soon as I got to Athens, I pulled a group together and booked my flight to Rome.

The first day was spent in the Vatican. Word of advice, do not go in the morning, wait till later in the day. We were lucky enough to have our Icomos cards with us that allowed us to not only skip the line but to get in for free. But upon speaking to one of the girls in our hostel, she arrived at 9 a.m. and waited 4 hours but when we she left at 3 p.m. the line had shortened to 2 hours.

The Vatican Museum is extensive, from rooms with sarcophagus to statues of the old Gods. But the main event was the Sistine Chapel. Venturing towards the Chapel we were lead through galleries of tapestries, painting, and statues. Entering through a series of staircases we entered into the Sistine Chapel, where you had the chance to look all around and see the masterpiece it is. Once done, you can leave through the exit on the left which will take you through more of the museum or leave on the right to visit the Square.

St. Peter’s Square was massive, their were chairs set up for the the upcoming Sunday mass. We weren’t able to see the Basilica that day but be prepared for a long line! 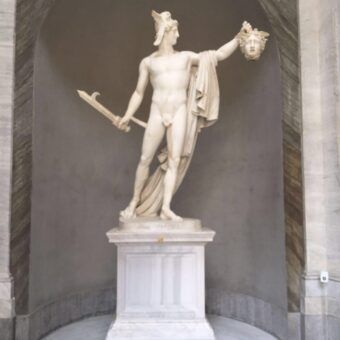 Statue of Perseus with Medusas head in the Vatican Museum 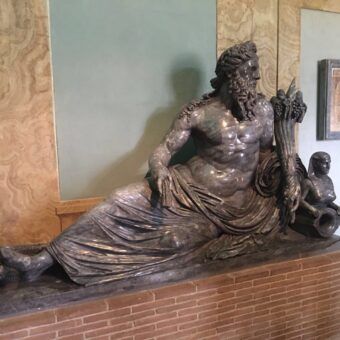 A statue of an Egyptian God in the Vatican Museum 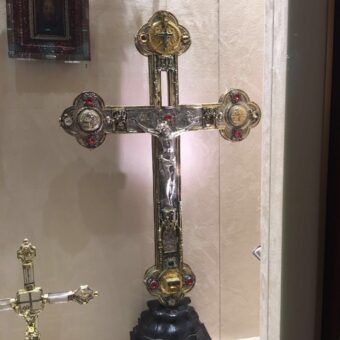 One of the many crosses within the Vatican Museum 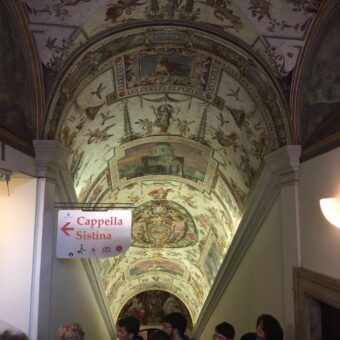 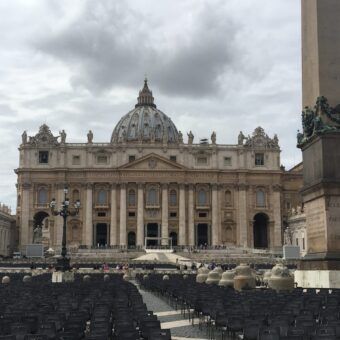 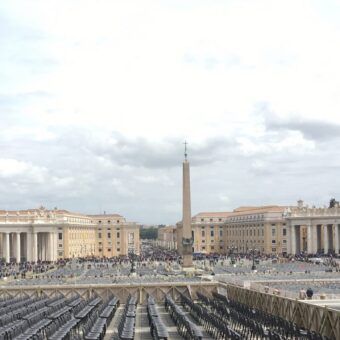 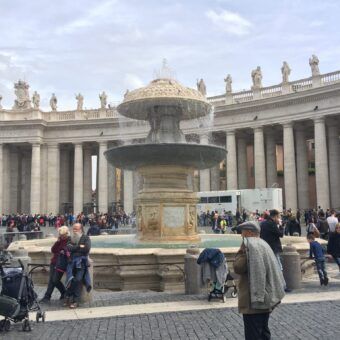 One of the two main fountains in St. Peters Square

From the very start when I first saw the Pompeii exhibit in Chicago, to the numerous research papers, endless documentaries, and readings I finally had a chance to enter the city that stole my heart so many years ago.

Pompeii is an ancient Roman city near modern day Naples. Pompeii, along with Herculaneum and numerous villas in the surrounding area, were destroyed and buried under 13 to 20 ft of volcanic ash and pumice in the eruption of Mount Vesuvius in 79 AD. The pyroclastic flow covered the city so quickly and is the reason the city was so well preserved. 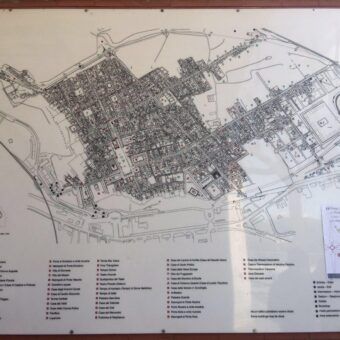 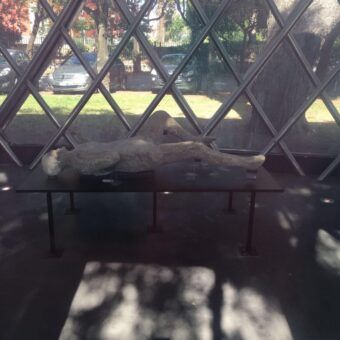 A cast of one of the bodies found underneath the ash 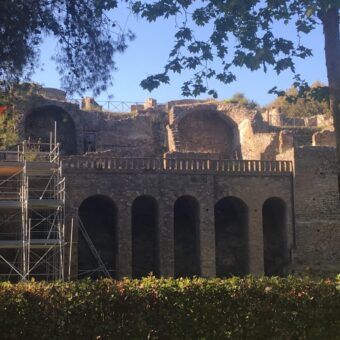 The outside wall of Pompeii 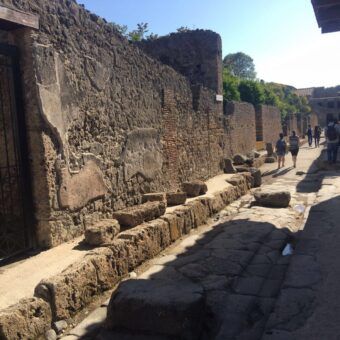 Rome in a Day

Someone once told me you can’t do Rome in a day, and that was a lie. In 6 hours we managed to do the Spanish Steps, Trevi Fountain, Roman Forum, Colosseum, Constantine’s Arch, The Key Hole of Rome, and the Fountain of the Four Rivers. Which added up to be 8 miles of walking that day. 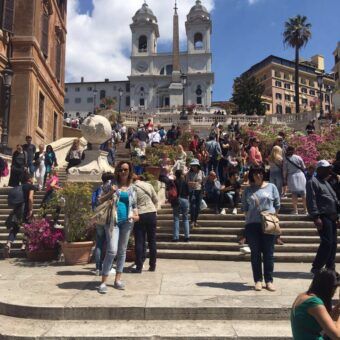 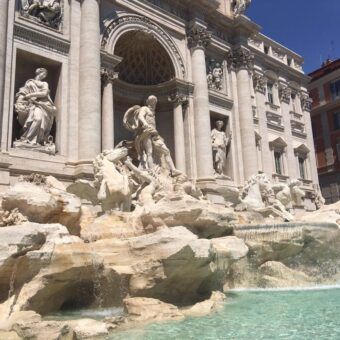 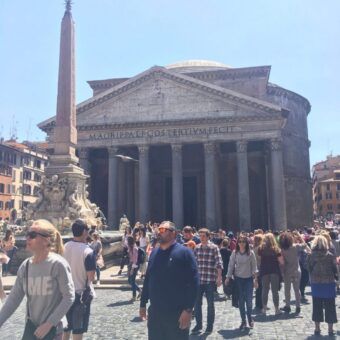 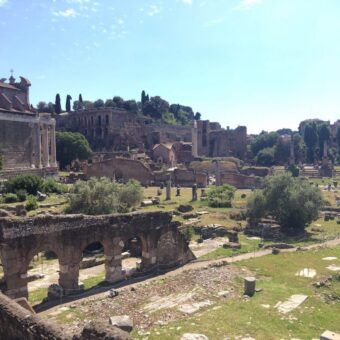 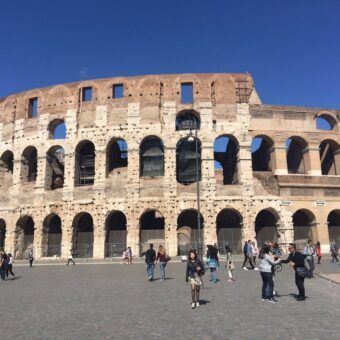 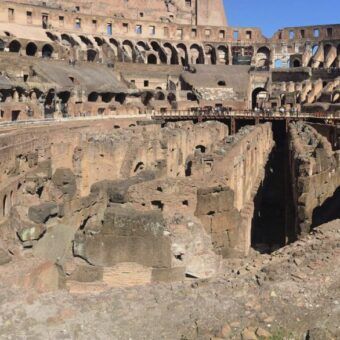 The inside of the Colosseum 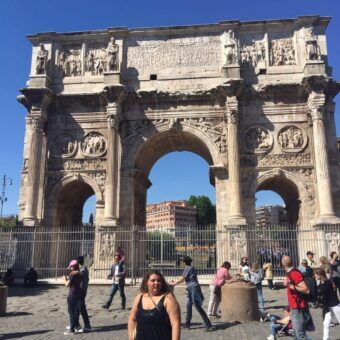 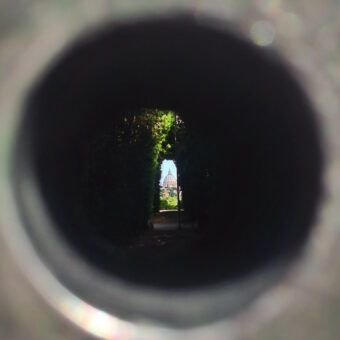 The Key Hole of Rome 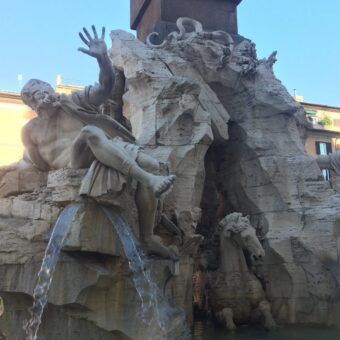 Fountain of the Four Rivers

Needless to say my feet have blisters but I walked away with some pretty amazing photos and even better memories.