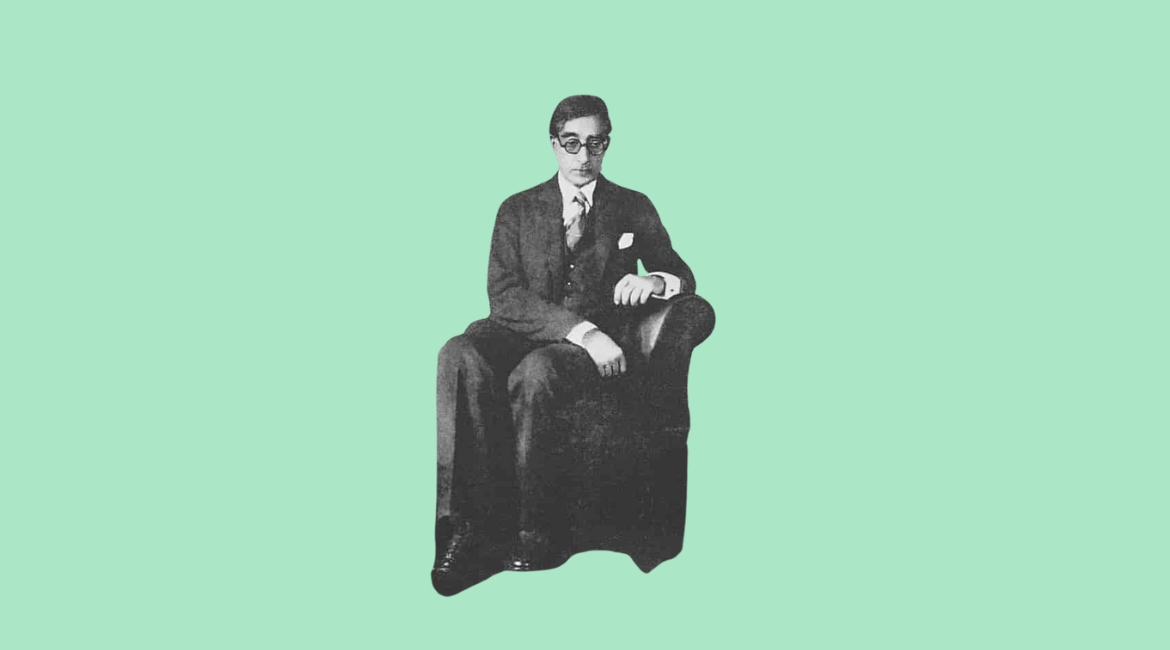 Constantine Cavafy – One of the Most Important Greek poets of All Times.

Constantine P. Cavafy was born in Alexandria, Egypt on April the 29th, 1863, and died on the very same date seventy years later in 1933. In an excerpt from a short autobiography, he shares the details of his mildly complicated upbringing in a succinct paragraph that is wildly uncharacteristic for poets of his time:

“I hail from Constantinople, but I was born in Alexandria – in a house on Sherif Street. When I was very young I left and spent much of my childhood in England. I visited this country after a long time but stayed for a short while. I lived in France too. In my teenage years, I lived for over two years in Constantinople. I had not visited Greece for many years. My last job was as an employee of a government office of the Egyptian Ministry of Public Works. I speak English, French, and a little Italian.”

His writing – evading the superfluous verbosity apparent in most poets, is not nearly the most interesting thing about him. Incredibly, the man was known above all else for his poetry, Cavafy never published his poems in book form during his lifetime. Instead, he preferred to give them to newspapers and magazines to publish, or simply handwrote them and gave them away to anyone who was interested. The first book of his poems was only published in 1935—two years after his death. There is something hauntingly charming about writing to be scattered across the earth – to appear only sporadically and briefly in the lives of those destined to come across your work that day. To write without the expectation of being booked and sold one day – without the flames of impending fame or validation to permit your passion.

To simply write and release.

As if each poem deserved to have a life of its own—to make its own individual trip around the sun.

Or never to travel at all.

Of course, there can be no real guarantee that such an ideology underscored his decision to remain nomadically published, but it is certainly endearing to think so.

It could also be speculated that his own unstable life influenced his absent desire for a publishing domicile, as his life demanded much flexibility from him at a very young age.

Cavafy lost his father at the age of seven, the death forcing his mother Harikleia to take the family and move to London, and then to Liverpool. The young Constantine learned English and cultivated an interest in literature early on in life. However, financial problems forced the family to move again in 1878, this time back to Alexandria. In 1882 the nationalist riots in Egypt prompted the Cavafy family to relocate yet again, but to Constantinople this time. He made his first systematic efforts to write poetry during his stay in this great city, with the very first poem in his archives appearing to have been written in 1882.

Eventually, he relocated to Greece, a trip he described with the religious metaphor of a Muslim traveling to Mecca. Here, he strived to obtain citizenship and worked a few different jobs that were unrelated to his work during his early career—first as a journalist, then as a broker and finally as an employee for the country’s Irrigation Service. Cavafy was only able to resign from his work as a public servant to dedicate himself to his poetry in April of 1922, after he was beginning to gain more attention and praise from, not only the Greek public, but a great English novelist too, named Edward Morgan Forster. Forester would later introduce the English world to Cavafy’s work.

“At last, I was released from that hateful thing,” he later wrote, concerning his new freedom from his civil job.

In 1926, the Greek government awarded Cavafy their greatest honor, the Medal of the Order of the Phoenix.

Sadly, he began to suffer from problems with his larynx and doctors diagnosed him with cancer in 1930. Cavafy soon found himself unable to speak, and in 1932 he was subjected to a tracheotomy operation in Athens. The poet returned to Alexandria, with his health constantly deteriorating, in 1933. In early April he was transferred to the Hellenic Hospital and at 2 AM on April 29, 1933, the poet breathed his last breath at the age of 70.

Greece 2021, the organization which organizes the events of the Greek Bicentennial, wrote about Cavafy:

“He was a master at saying a lot with very little. His style was ironic, esoteric, unrhymed, focused on detail and precise expression, qualities that made him a novelty among the poets of his time. Although his bibliography is rather small, just 154 published poems, it is an inexhaustible field for humanistic and poetry studies.”

Here is my favorite poem by Cavafy:

“And if you can’t shape your life the way you want,

at least try as much as you can

not to degrade it

by too much activity and talk.

Try not to degrade it by dragging it along,

taking it around and exposing it so often

to the daily silliness of social events and parties,

until it comes to seem a boring hanger-on.”

From the man of little words, but much meaning—I hope this remains with you today.