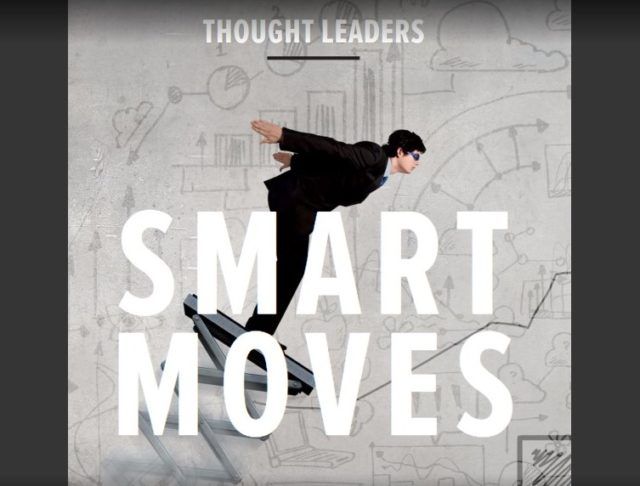 Business Partners, the magazine of the American-Hellenic Chamber of Commerce featured the article “Smart Moves” in it’s latest edition.

Smart Moves, an initiative of the Chamber’s Education, Innovation and Entrepreneurship Committee, is designed to spark a new model for development, one that partners the private sector, education institutions, researchers, and government bodies—as well as funding sources of all kinds—for a new era of smart growth, smart ecosystems, and smart synergies. Mr. Phylactopoulos, CYA President, was among 12 leaders in the field who contributed ideas and proposals on developing new partnerships between the private sector and Greece’s education institutions. Read Mr. Phylactopoulos’ extract here.

Surveys, one such conducted recently by Adecco, “Employability in Greece, 2016,” have shown a discrepancy between skills required by employers and the perception of prospective applicants regarding their actual possession of these skills. The market needs persons with original and resourceful (out of the box) thought, ability to do team work, effective time management, and facility in eloquent and clear oral presentation. Above all, the most sought after skill is critical thinking, which is the ability to analyse facts, to generate and organize ideas, present succinct arguments, compare, deduct, evaluate arguments and solve complex problems. In Greek when a person possesses these qualities we say that a person has “judgement,” but university education in Greece is one of professional specialization for which no general education is required, e.g. no philosophy, or ethics, history, economics, mathematics, physics, the disciplines that foster critical thinking.

A smart move would be for universities to introduce reforms, to the extent that they can, that would allow flexibility in university curriculum and some parallel general education; the end product would be graduates possessing critical thinking. In addition, the reform could include some practical work training as an academic requirement and the bold step of introducing English as the language of instruction in the undergraduate and post graduate level. The latter would attract large numbers of foreign students to Greece. In this educational environment, graduates of Greek universities would become more competitive and employable in the Greek and the global market.