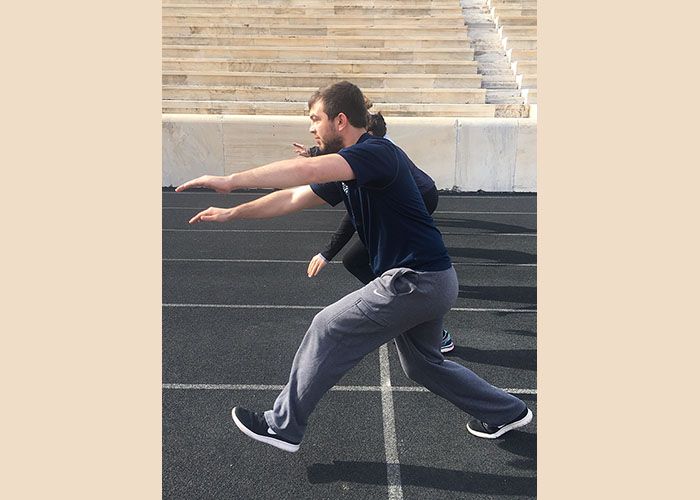 A Day in the Life of an Ancient Greek Athlete

It’s 6 am and my alarm goes off; I wake up, make a hearty breakfast consisting of eggs, toast, oatmeal, and of course a kale smoothie. Once I finish, I shower and get my workout gear on and head out the door to the Olympic stadium to start my first day of training.

It was actually about 10 am when I finally rolled out of bed and threw my hair into a pony tail, put on my running shoes and headed to my Sports and Games class with Professor Karavas. Now, when I first signed up for this class I thought we would be stuck in the classroom watching documentaries about the Ancient Greek sports and going to the different sites where these competitions were held. WRONG.

On the first day of the class we were told we would be putting in blood, sweat, and tears to try to prove ourselves worthy enough to set foot on the sacred ground of Olympia. You can guess that had some of us second guessing staying in the class. But as we later learned we wouldn’t go through the rigors training that the Olympic Athletes would have endured but would have the chance to learn the correct way to perform each of the main events, up to Ancient Greek par of course.

We will perform the following competitions over the course of the semester: foot races (sprints and distance), wrestling, boxing, discus, and javelin throw. Sadly we will not be partaking in the chariot races (Professor Karavas does not have horses) nor the Hoplitodromos which is where you race your opponents in about 50 pounds of armor.

Instead of the classroom we had a change of scenery and headed to the Panathenaic Stadium which is conveniently located next to CYA. Today was the day we learned who would be the sprinters of the group and who would be wrestling. We started with a good group stretch and the basics of correct running form; 90 degree angles for both your legs and arms and fingers spread open. After a few practices of running in place in the correct form, we stepped onto the track to learn the correct starting position and take off.

We were sprinting up and down the track, legs raised at a 90 degree angle, arms pumping, and hands splayed out and people were walking by, taking pictures.

Once we practiced a few people at a time we started to incorporate the sprinting aspect of the race, that’s where I learned that I was one of the wrestlers. The best part of this whole day was the fact that we were sprinting up and down the track, legs raised at a 90 degree angle, arms pumping, and hands splayed out and people were walking by, taking pictures, and just watching as we, 20-year-old college students, tried to perform like the Olympic Athletes who started training at the age of 5. So maybe we won’t be able to prove ourselves worthy of Olympia, but hey, we can always google earth it… right? 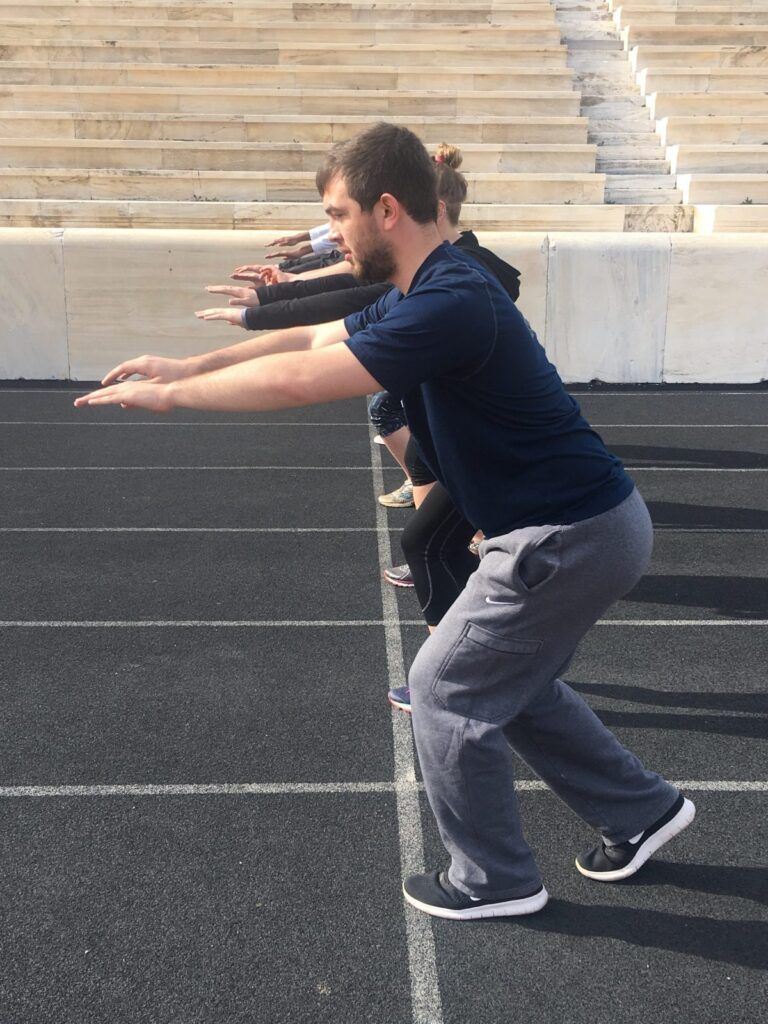 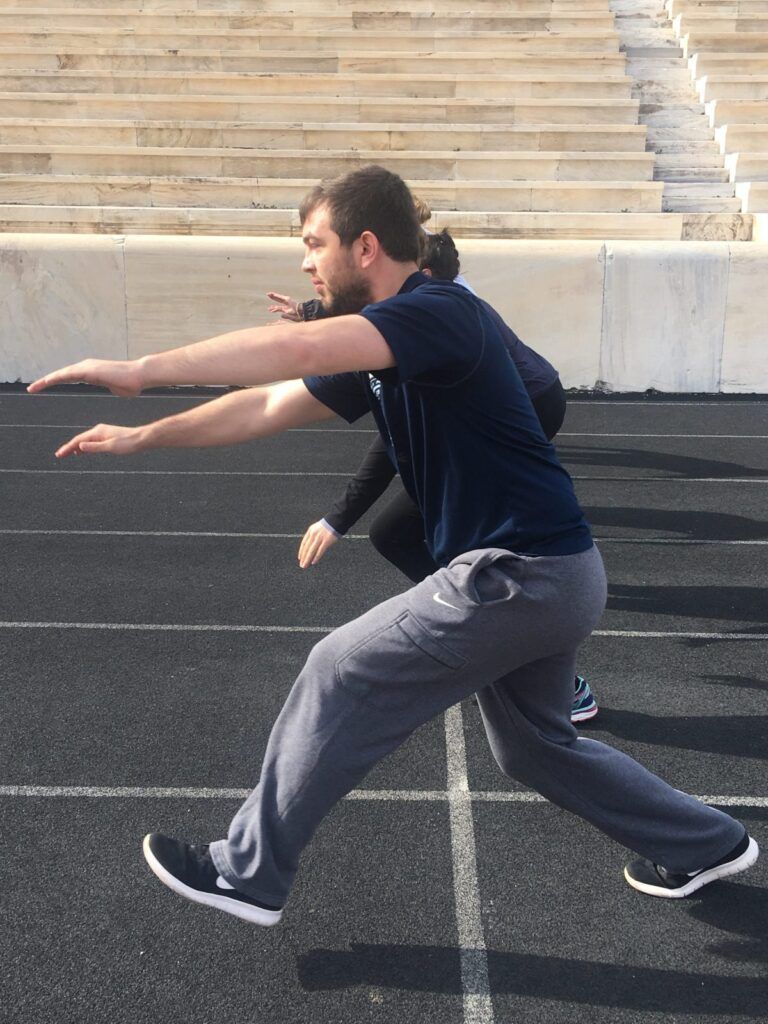 Take off: arms still straight out, push-off with your back foot, leap forward