Faces of CYA: Meet the Volunteers

Maggie and Leilah have been volunteering at local refugee camp for several weeks now. For Leilah it’s even the reason she chose to study abroad in Greece,

“I basically study the refugee crisis at school so that pretty much determined where I should go.”

And for Maggie it’s a chance to give back and meet some refugees.

Both girls find time between their busy lives of classes, homework, and exploring to work four hour shifts at City Plaza. City Plaza used to be a hotel back in the day but now houses about 200 refugee families and volunteers. Some volunteers live in the housing center while others come and go as they please. But one thing is for certain: you can’t visit City Plaza without smiling and laughing the entire time.

As I followed the CYA students around the center, everyone seemed so friendly and welcoming. They wanted to know about me and about the large camera I kept pointing around. We couldn’t move two feet without Maggie greeting someone she knew or Leilah stopping to play with the children. 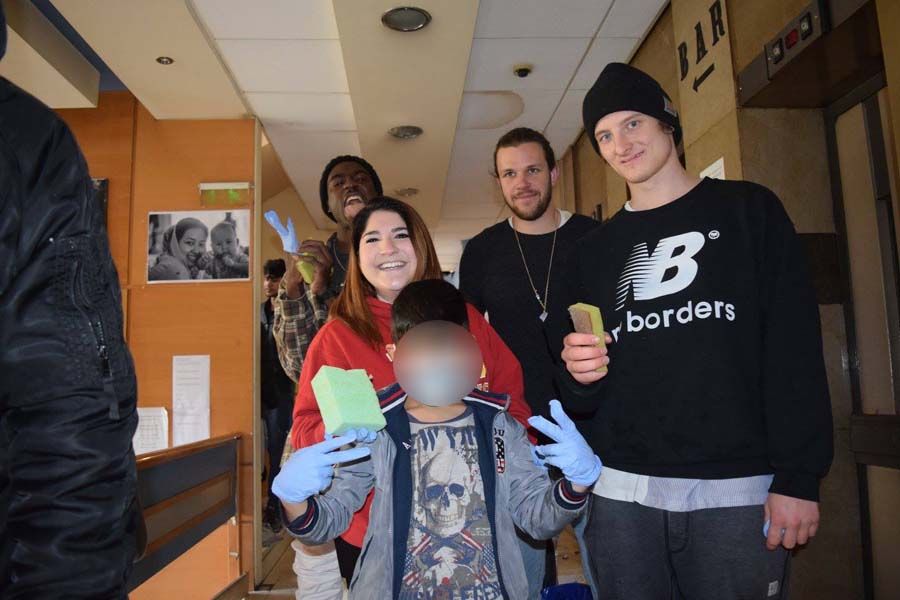 “It’s honestly like a large family,” I remember Maggie saying to me. And she was right.

The ground floor of City Plaza housed lounge rooms, the bar, the kitchen, and the cafeteria. The next six floors were private hotels rooms that belonged to refugee families. On the seventh floor, children took classes and learned to speak Greek and English. Overall, it is a well organized machine that desperately needs help.

Which brings us back to Maggie and Leilah. Maggie generally likes to spend her time in the kitchen or bar, which entails assisting with cooking the food, serving it on plates to families, and cleaning up afterwards. You’ll find Leilah with the children helping keeping their energy at bay with games and other activities. 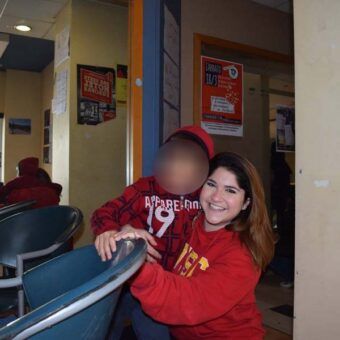 Neither would trade their experience for anything.

“Working at City Plaza originally began as an opportunity to practice what I had preached in the United States, but it quickly turned into an intimate experience that has already caused a major transformation in my life.”

If you’re interested in volunteering you can reach out to City Plaza directly here or talk to Maggie and Leilah.