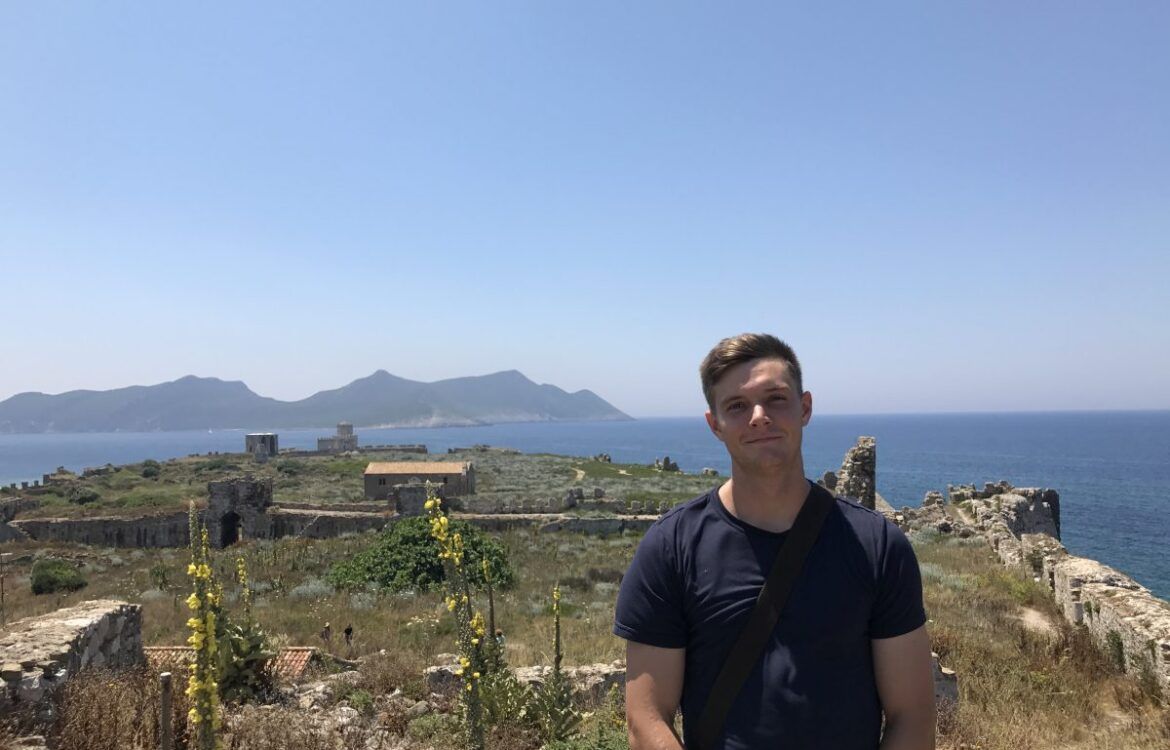 This past Spring, I learned to love Athens. This I owe in large part to CYA. Because of their new home-stay program, I was paired up with my host Eleni, whose company, knowledge, kindness, and cooking were a constant source of surprise, pleasure, and inspiration. Because of CYA’s dedication to educating their students, I was exposed to the exciting faculty who study a wide range of subjects, all of which ended up giving me a better grasp on my new, if temporary, home. On my own, I tried my best to augment my formal education with personal reading, often reading around modern Greece at large. Whether it was Patrick Leigh Fermor’s travelogues through North Greece and the Mani, or Odysseus Elytis musing on the stelae still to be seen in the Kerameikos, or Zorba dancing his feelings on a remote shore on Crete, my stay was spent as much elsewhere within Greece as it was in Athens, if only in my imaginings.

But as my first month in the country turned into my second, I realized that I would in no way be ready to leave come May. I approached my archaeology professor, Dr. Robert Pitt, to ask if he knew of any work opportunities for this coming summer and he put me in touch with his colleague and fellow CYA faculty member, Hüseyin Öztürk, who he said would be working this summer with an excavation team from the University of Cincinnati at the Bronze Age site of Pylos in Messenia. After exchanging a few emails with Hüseyin, the director Sharon Stocker, and CYA in order to secure partial financial support through a stipend (without which I doubt I would have been able to participate), my summer plans were set. As soon as the semester began winding down, I was out of Athens and on my way to a little town in Messenia. The extra two months I spent in Greece were arguably as valuable as the first three and a half. It was during this time that the education I had received in Athens was put to use. At work, I had to practice my Greek every day in order to communicate with the workmen on the site, ultimately achieving enough of a proficiency to make a joke or two. The hands-on learning and instruction I received gave me a purchase on Mycenaean civilization that I never would have expected at the outset. In turn, the sheer hours spent excavating and making sense of the materials gathered have given me a profound respect for those in the field, and a practically religious awe toward the treasures serenely sitting in Museum windows. In the town of Pylos, I was able to enjoy the features of country life I had until then only read about: the unhurried pace of life, the kindness accorded to strangers, the shade of the plateia’s lonely plane tree, the beach. For these wonderful experiences, I owe a great debt to many people: to Hüseyin for being one of the most generous and unpretentiously kind people I have been lucky enough to know, to my other coworkers who managed to make the 70 hour work weeks fly by, to the people of Pylos who made me feel welcomed from the start. Finally, I owe thanks to CYA and Mr. Phylactopoulos for making this opportunity possible through their support. The learning, work, and enjoyment I experienced in Messenia brought the education I began in Athens to fruition. Suffice it to say, this Summer, I learned to love Greece.

A big Thank-you to William for sharing his wonderful story with us. If you would like to contribute your own CYA story, please contact us.