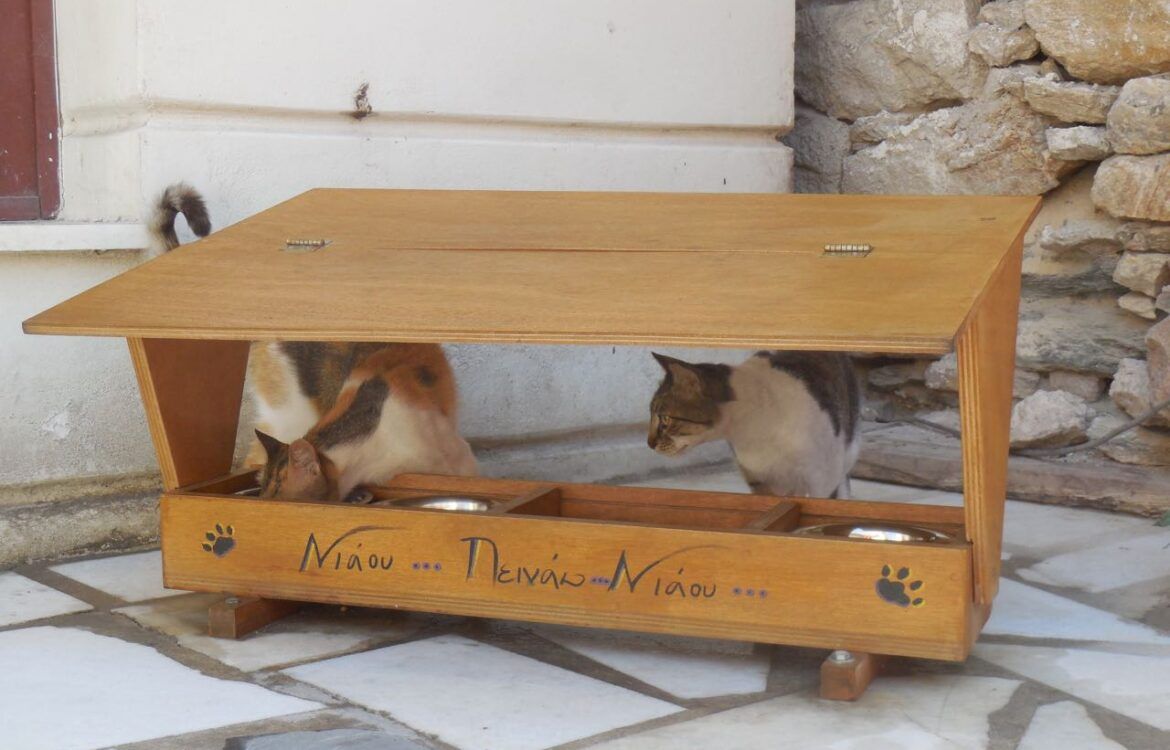 From Classics to Cats – CYA Alumna Returns to Greece!

Three years on, CYA Alumna Maggie Chutter (fall ’14) returned to Greece to work on a unique and interesting volunteering project with the cat charity 9 lives Greece. Read as she shares the story of her interesting journey with us!

When I left Athens at the end of my CYA semester (fall ’14), I knew I would have to find a way to come back someday, but I never dared to dream it would be only a few years later.  After graduating from Colby College in 2016 with a Classics degree, I went on to begin veterinary school at Cornell.  At orientation at the beginning of the year, I learned about a program that provides funding for vet students to complete projects of their own design abroad, mostly in developing countries, but with some money available also for other areas. 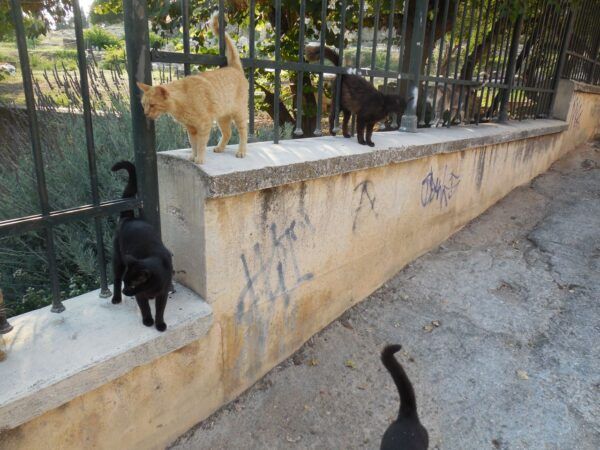 As soon as I heard this, the gears started turning trying to come up with a project proposal that would allow me to return to Athens to work with the stray dogs and cats that had so fascinated me when I was here.  I had fallen in love with the dogs that would follow my archaeology class around each site every time we visited, and enjoyed watching Greek γιαγια’s in their robes and slippers shuffle out to feed the neighborhood cats, and wanted to learn more about how these animals are cared for and by whom, and get involved myself.

“I had fallen in love with the dogs that would follow my archaeology class around each site every time we visited…and wanted to learn more about how these animals are cared for and by whom, and get involved myself.”

I was thrilled to learn that my proposal had been approved; I was going to work with a very new organization (Protect Animals Greece) to learn how to implement an auditing system for stray dogs (basically going around a clearly defined area a few days in a row, keeping track of the numbers and health status of the dogs using an app), which would be helpful in spay/neutering efforts.  Unfortunately, Greek bureaucracy got in the way, and I found out a few days after my arrival that the auditing training wasn’t going to be happening and PAG didn’t have much else for me to do yet (they were still in the very long process of procuring an office).  I frantically sent emails out to various organizations I found online, and quickly connected with 9 Lives Greece, a volunteer network that feeds huge numbers of stray cats in various neighborhoods around the city, and traps the cats so they can be taken to vets to be sterilized, dewormed, and receive care when they are injured or sick. 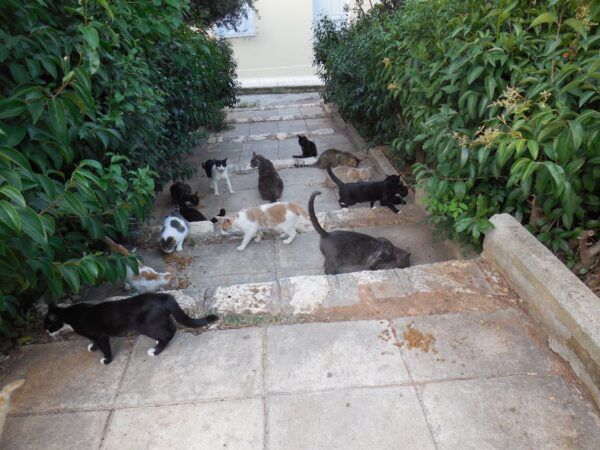 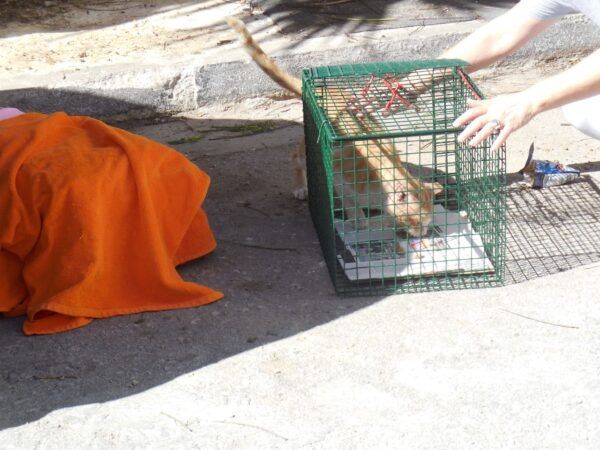 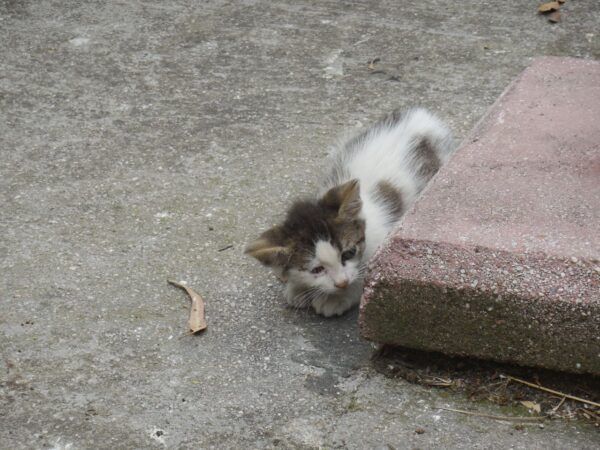 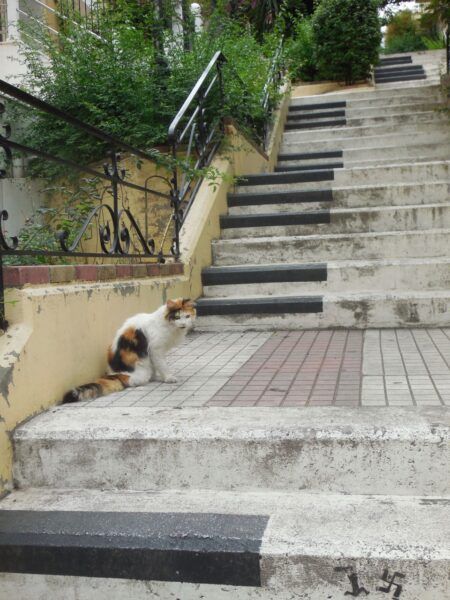 After going on a trapping expedition with one of the volunteers, I connected with one of the vet clinics that sterilizes a large number of strays, and I have been working there learning about common problems and diseases that the cats encounter, helping care for the ones that have to live at the clinic until their health problems resolve or they’re adopted (mostly kittens that are definitely friendly enough to find better homes than a street corner) and learning how to do the sterilizations.  I did my first solo neuter about a week in, and just did my first spay a few days ago, which was a huge milestone, especially since at Cornell, a very big deal is made of everyone doing their first spay at the end of the second year. 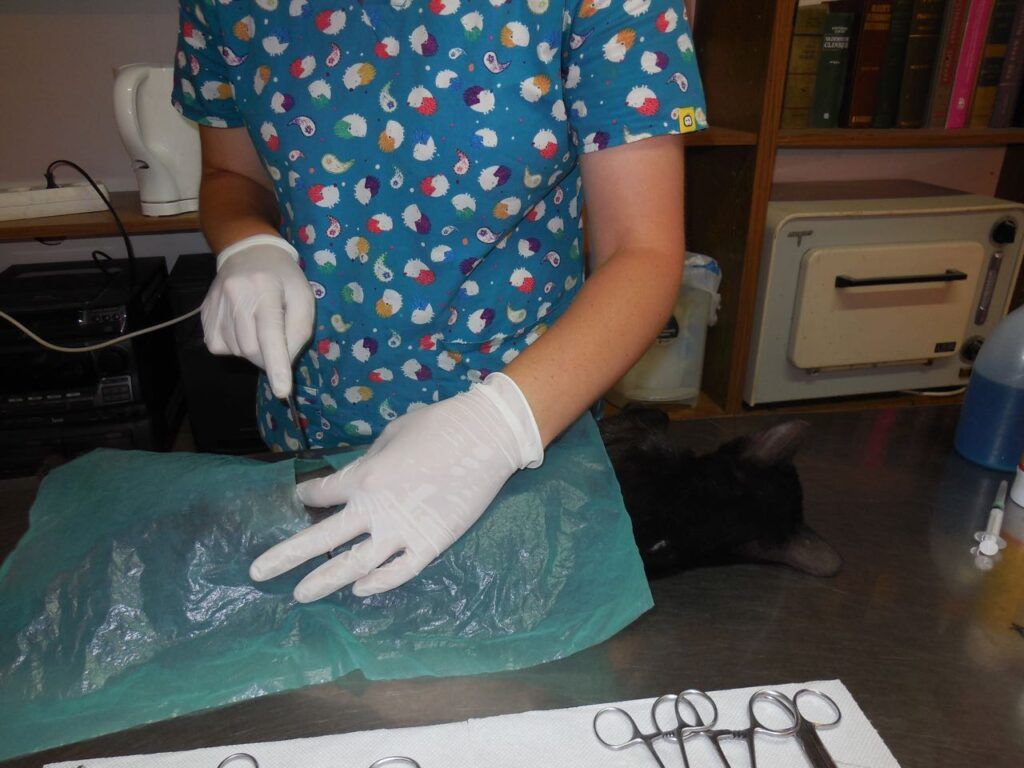 I also spent a week on the island of Syros so I could learn about how the problem of stray cats is addressed there; I got approval to shift the focus of my project to comparing the approach to the stray cats in Athens versus on the islands.  On Syros, I worked closely with a vet who is going about things differently; he has been turning the deserted and disgusting areas where stray cats live into what he calls “Cat Cafes”, complete with artwork, flowers, and wooden structures to keep the food and water dishes clean and dry.  He works closely with locals that fill the food and water and keep him posted on each colony of cats, similar to what 9 Lives does here in Athens.  I loved that he was so focused on improving public perception of the stray cats, and it has made a huge difference.  People are much more interested in caring for the cats or at least accepting them when they associate their presence with cute little gardens and art instead of smelly dumps.  Both on Syros and here in Athens, there is an effort to educate the public about the importance of sterilizing stray cats; providing food and water is important, of course, but without concentrated efforts to spay and neuter and keep track of the populations, the problem just spirals out of control.

“Focused on improving public perception of the stray cats, has made a huge difference,  people are much more interested in caring for the cats…”

These past six weeks have been incredibly rewarding, and I am so grateful to have had the opportunity to learn and do so much about the issue.  I hope I can bring some of what I have learned back to the US both to raise awareness about and money for the efforts here in Greece, and maybe to see if any of it might be useful in the parts of the US that are dealing with similar problems with strays. It’s funny to think that without my semester at CYA, I never would have gotten involved in this work, or even known about the problem of strays in Greece at all!

For more information about 9 Lives Greece, or to make a donation to help with the sterilization and feeding expenses, visit www.ninelivesgreece.com