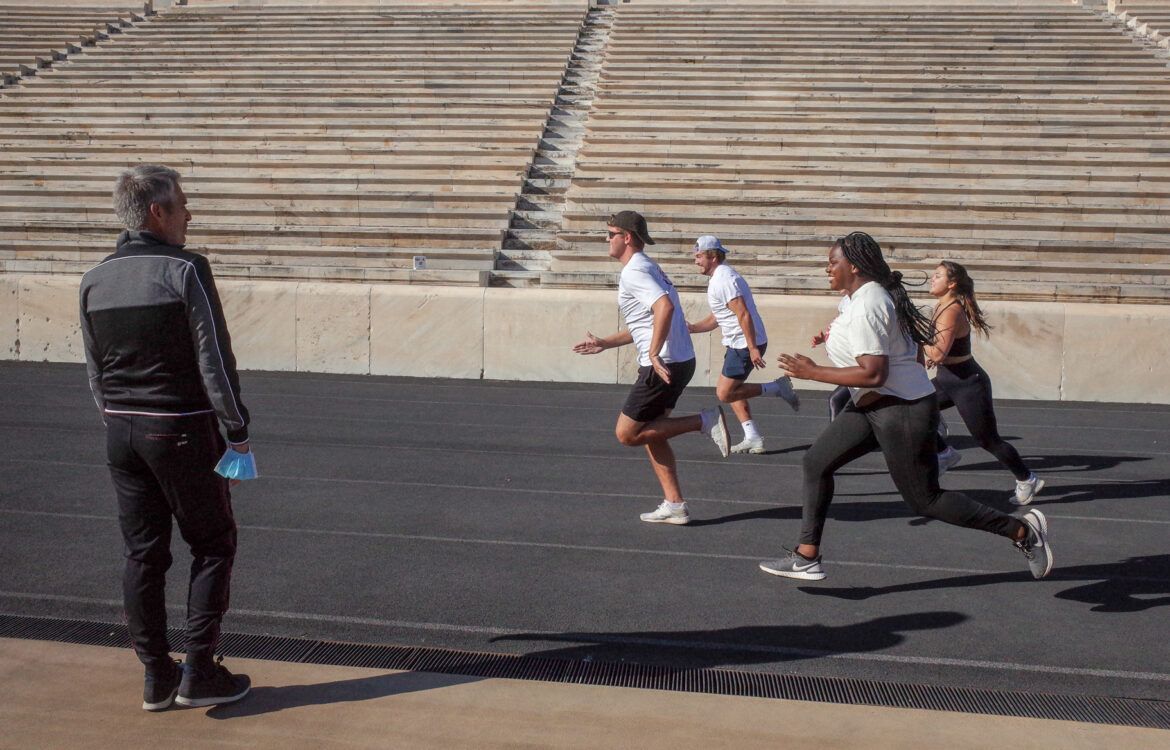 Human beings throughout history have participated in something unique. A physical, social and mental activity like no other: Games and Sports! What is humanity’s earliest evidence of sports? How did Ancient Greek Athletics develop, what were they like, and what was their significance? Those are some of the questions explored in the CYA Course Sports, Games and Spectacles in the Graeco-roman World with CYA professor John Karavas, PhD (U of Durham).

The class investigates athletic competitions and sports-based games throughout Antiquity (starting from the Bronze Age, all the way up to the period of late antiquity) and examines their purpose within the wider social, political, religious, cultural, and intellectual context of the times. Apart from that, it takes a look at how knowledge of the subject has been created, by looking at how historians have analyzed primary sources and conducted experiments. The class also looks at contemporary pop culture, to study the modern representation of the subject.

But aside from that, there is a component to this class that makes it truly memorable to students long after they’ve left Greece: The re-enactments!

“When I first signed up for this class I thought we would be in the classroom watching documentaries about the Ancient Greek sports and going to the different sites where these competitions were held. WRONG. [Today] Instead of the classroom we headed to the Panathenaic Stadium which is located right next to CYA.” CYA Alumna Lauren Bupp, on her first on-site reenactment class with John Karavas.

John Karavas uses his expertise to demonstrate the ancient way of practicing foot races (sprints and distance), wrestling, boxing, discus, javelin throw, and even an ancient team sport called Episkyros. Karavas sees those on-site reenactments as a great way to examine and interpret physical evidence, and bring our knowledge of the past to life. The classes’ overall on-site component is substantial. Students participate in field trips to archaeological sites and museums of athletic significance (such as Olympia, Isthmia, Nemea, Delphi, and Messene), where they often perform reenactments, under the guidance of Karavas.

John Karavas  is a graduate of the Universities of Oxford and Durham, His main areas of interest lie in the fields of Hellenistic and Roman History, Greek and Roman provincial archaeology (with a special interest in Roman frontiers) as well as ancient warfare. He has been associated with various research groups and institutes both in the U.K. and in Eastern Europe and over the years has participated in many excavations in Serbia, Romania, and Greece.

“Much of what makes the experience of teaching this class so worthwhile has to do with the reaction and the feedback I get from my students, be it in class or more often, on-site. I can vividly recall the look and the awe on my student’s faces when we enter the interior of ancient buildings […] Or their joy and astonishment when they get to run on the ancient tracks of Olympia or Nemea.” John Karavas, CYA professor.