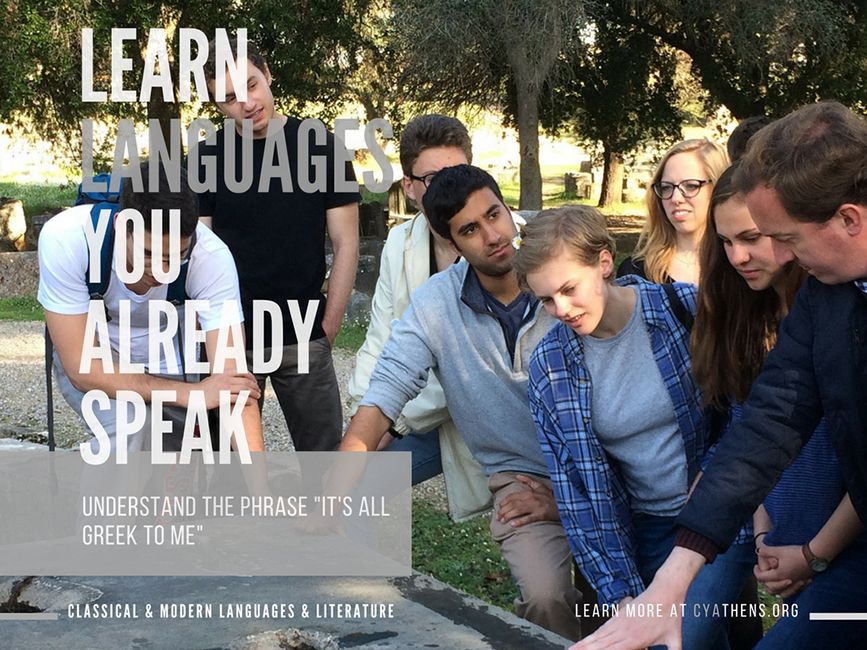 Greece will transform the way you look at languages! Try your hand at learning Modern Greek – order a coffee at a Greek taverna and chat with new local friends. Or, discover how it all started by studying Ancient Greek and Latin, then visit the ancient theater of Dionysus and read the ancient names carved in the seats. Language learning not your thing, but you still love classical literature? Perform an Aristophanes comedy in translation or follow the footsteps of Thucydides over a battlefield in Athens! Studying languages and literature in Greece is sure to enhance your understanding and experience of the country, wherever you go.